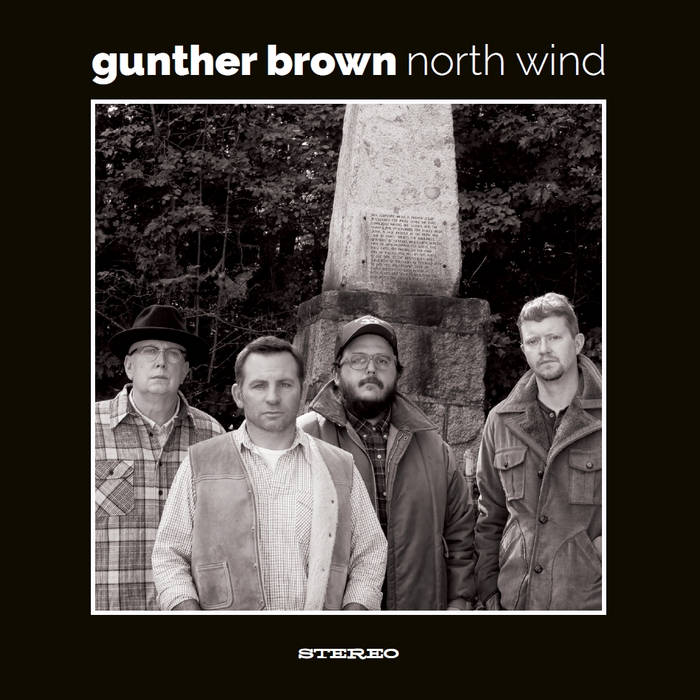 The Portland Phoenix said, “The guys in Gunther Brown can lay on the biting spite pretty thick, but they also embrace pure emotion. With Gunther Brown’s debut full-length, frontman Pete Dubuc and crew have created the most sorrowful local record since Ray Lamontagne’s Till the Sun Turns Black.” AmericanaUK added, “Gunther Brown’s debut album is forty minutes of resignation and despair set to one of the most mournful soundtracks you’re likely to hear this year or any other. Leader and songwriter Pete Dubuc is a master of despondency.”

Two years later, Gunther Brown releases, North Wind, a new 10 song album, on vinyl, CD and digital formats. Buoyed by the same production team as Good Nights for Daydreams - Jonathan Wyman producing and Adam Ayan mastering - North Wind’s tracks show a band growing and exploring. As feedback introduces the album’s opening track, it’s clear North Wind is not setting out to be Good Nights for Daydreams Part II. By the album’s closer, Over You, a seven and a half minute journey hinting at jazz, pulling in trumpet, noise and haunting looped and decaying spoken word, Gunther Brown has shown they’re able and willing to explore new sonic territory.