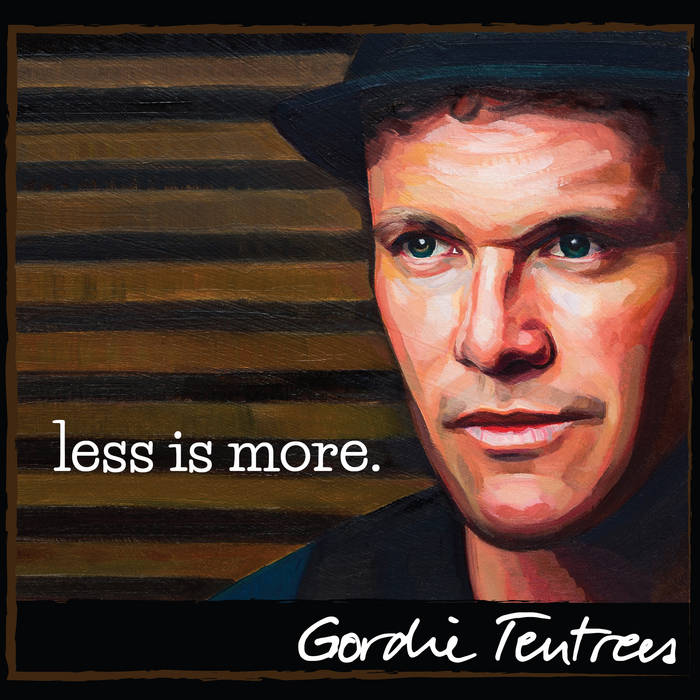 Deeply personal and moving, melodic and uplifting and lyrically rich these are the songs that will tear your heart out, one note at a time. In this case brilliant Canadian singer/songwriter Gordie Tentrees offers the perfect example with his sixth album, Less is More.
The former boxer (three-time Golden Glove champion), youth worker and mentor presents an incredible soundtrack to a storied past with songs of triumph, heartache and redemption. Produced by Juno award winner Bob Hamilton the album also includes guest appearances by Patrick Hamilton, Annie Avery, Lonnie Powell and the voice of east coast darling2015 Juno nominee Catherine MacLellan.
Says Tentrees: "I was selective. I wanted to make an
album I knew I could make, if I invested all my time and energy." New album keepers include "Somebody's Child", written after watching the bombs go off at the Boston Marathon, all while wondering if his wife had crossed the finish line, and "Tired of Time", the heartbreaking story of a man who dies of brain cancer years before his prime, while watching his family grow. Themes of despair turn to courage in "Wheel Girl", an ode to northern hero Jessica Frotten who went from accident victim to wheelchair athlete. Tentrees’ attraction with the downtrodden human continues in"Broken Hero", a collection of vivid shots of everyday heroes, and the story-driven hit "Love in Ink", co-written with childhood friend Oliver Greer. Love rings true in 'Keno City" and "Wrong Town", and album highlight "Dead Beat Dad" may be the first recorded confession of a struggling father urging on his male mates to make a difference.
Most of Tentrees’ past three years were spent on the road, with concert dates from Spain to Texas, which keeps through in the title track "Less is More", written in Holland after sleeping in the same bed as Townes Van Zandt on his last European tour before he passed.
Dancing outside the music industry box against all odds, Tentrees’ boasts multiple award nominations, hundreds of concerts, thousands of road miles and multiple tours with the likes of Steve Poltz, Fred Eaglesmith, and Kelly Joe Phelps. There is no end in sight for Tentrees with upcoming 2015 performance dates in Australia, UK, Europe, Canada and the US.