Lead Me To The Water

by The Looking (July release) 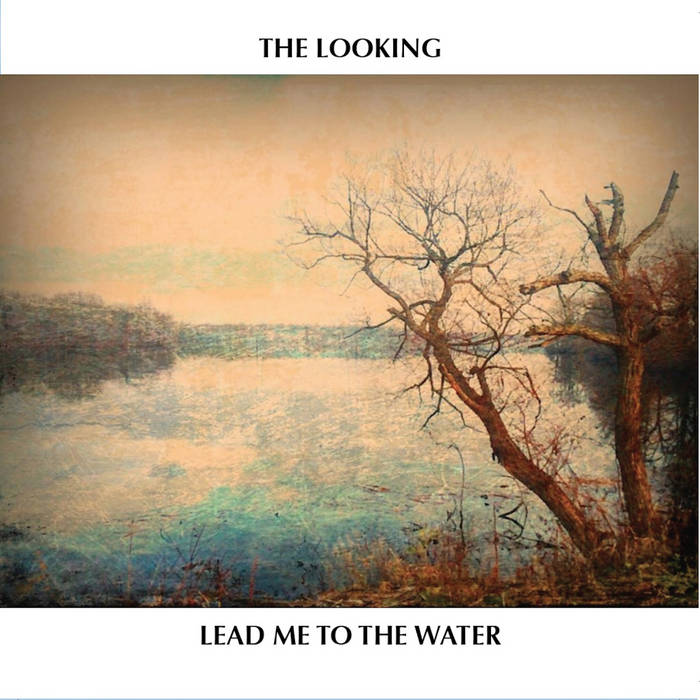 Before you can find your place in the world, you usually need to have a series of travels, adventures and detours, so you might take the route to the right destination. That has certainly been the case with the fine new Americana band, The Looking. This beautiful bunch is the brainchild of one Todd Carter. Who has been a sort of soulful musical explorer over the years, studying everything from religion and philosophy to opera and punk. Soaking up enough influences for half-a-dozen different lifetimes. Now, Carter has his direction quite clear. And consequently, The Looking, has made one of the best discs of the year. It is called Lead Me to the Water. And yep, it’s incredibly refreshing.

The journey getting here has been intricate and colorful.
“I grew up in a small town in Indiana called Carmel,” says Carter. “It was a suburb but it was surrounded by woods and cornfields. I spent a lot of time in the woods thinking, reading, chewing tobacco and listening to mysterious music. I loved Syd Barrett’s ‘Dark Globe’ and The Dukes of the Stratosphere. I was also the perfect age and sensibility for The Smiths. I was writing songs pretty early. In fact, in my high school band, we did our own songs. I was into writing songs even when I was a teenager.”
Ever the searcher, Carter attended Indiana University and The University of Chicago and received degrees in Philosophy and Religion. He also expanded his music palette by digging into The Circle Jerks and Husker Du.
Carter’s eclectic interests allowed him take another tangent or two. He traveled, he taught. And he also made an album, 2013‘s Songs for a Traveler, that featured great songs from our country’s heartland, dating back to 1850 and moving up as far as 1950. Then, after producing the artists Bernardo Palombo and French artist, Leopold, Carter immersed himself in the songbooks of Country greats, Townes Van Zandt, Merle Haggard and Ray Price. And then the boy knew it was time to put together Lead me to the Water.
This remarkable album is where Carter’s various influences cohere into a consistent, kickass collection. From the jump you know you’re hearing something special. And that’s because of the exquisite support from a bunch of first-rate players. Whether it’s Andy Hess (Gov’t Mule, Black Crowes) grooving on the bass, Diego Voglino (Marshall Crenshaw) holding it down on the drums, Steve Elliott (Shooter Jennings) lending snaky guitar lines or Sasha Dobson (Norah Jones), cooing background vocals, ‘Water’ has a full screen, spacious, wide-open sound.
And then there are the songs. From the first moments of the leadoff track “Lead Me To The Water,” which immediately haunts the listener with its crying steel guitar, to the precisely-picked acoustic gem, “Where Did You Go?” to the contentious “Bone To Pick,’ this album by The Looking has its roots not just in Country and Indie-Rock, but immaculate ‘70s singer-songwriter classics by Jackson Browne and JD Souther.
The auteur of the album, Todd Carter, seems awfully pleased, as well, with how Lead me to the Water came so nicely together.
“I’m really happy about the writing on these tunes. I wrote them all with the exception of ‘Where Did you Go,’ which is a co-write with Tim Curtis-Verderosa (Black Horse Riders) and ‘You and Me,’ with Bill Finizio, who plays with me live. I think I am finding my rhythm as a writer and performer. We have been playing all of the big venues in NYC the past two years. I’m looking forwards to growing as a writer. I have a lot of respect for the writing process and am enjoying developing the craft. It always remains a mystery to me how words and music come together.”

But come together they do. And never more hauntingly than on The Looking’s Lead me to the Water.