Last Light On The Highway

by Robert Jon and the Wreck 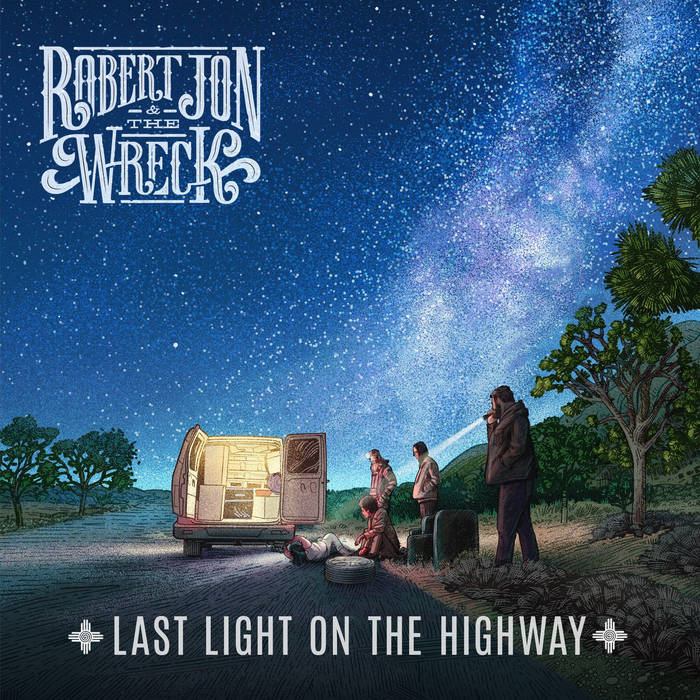 “A classy re-bore of well-trodden southern rock tropes by an Orange County quintet with impeccably realised contemporary commerciality. Born of Allmans and Skynyrd, but box fresh for 2000.” – Classic Rock Magazine

“Full of Eagles like guitar riffs and on infectious groove.” – Blues in Britain

“This album is the modern contemporary face of Southern Rock Blues and is one of the most complete recordings I’ve heard in a long time.” – Blues Matters

“Fans of Southern rock should be delighted by this bluesy belter.” – Scottish Daily Express

“A genre-busting jam that’s a joy to behold.” – Rush on Rock

“Oh Miss Carolina lays this band’s cards on the table. Its heavy riffs and kick ass attitude fuse Blackberry Smoke and Brothers Osborne. And the Southern rock heritage shines through.” – Rush on Rock

“Laid back blues to the point of vertical with wonderful vocals from Robert Jon Burrison aided with superb piano and then backing vocals on the chorus with Lynyrd Skynyrd an obvious reference and when the searing guitar solo from Henry James kicks in you have to smile.” – Rock Gig Reviews

“Robert Jon & The Wreck have surpassed themselves. Last Light on the Highway is their best album ever.” – Foto Blues Rock
“Gifted, cool, fearless and blessed with an ear for a dynamite melody.” – The Midlands Rocks

“With ''Last Light on the Highway'', Robert Jon & The Wreck delivers one of his best albums. A concentrate of high-flying southern rock to listen to urgently.” – United Rock Nations 5/5
“Last Light on the Highway is your pre-summer feel-good album.” – Rock and Blues Muse
“Robert Jon & The Wreck’s sound is a glorious blend of joy which is pretty unique.” – Life Music Media

“The whole album is full of memorable hooks that stick in your head long after the album has finished, which just makes you want to go back and listen to it again.” – Rocking Magpie

"What really stands out is the full sound of the band, complete with piano, guitars, horns and female
background singers. Think Tedeschi Tracks Band or perhaps the classic 1970s set up for Southern Rock bands.”
– Rock At Night

“Robert Jon & The Wreck’s new album has got hold of my heart, my soul and won’t let go. These 11 tracks of audio delight have just blown me away. The sound the band have created is regal, majestic. Every song has a serenity that creates a euphoric feeling throughout your body.” – Metal Planet Music

“I really can’t call out any flaws on this one – excellent song-writing, top notch playing and pin sharp production and all put together into a great album.” – Music-News 5/5

“Last Light on the Highway is a truly sensational album and I’ll have it on repeat for a long time to come.” – Blues Rock Revolution, 9/10

“To say I enjoyed this album would be an understatement: it is in my opinion without a doubt one of the biggest contenders for album of the year, and one of the best albums I have heard for creativity, structure and pure musicianship in a long, long time.” – We Bleed Music

“This is one of those bands that blows you away with every single song on an album (their sixth actually) which does not happen very often these days.” – Metalville 10/10

“Epic, and outstanding on this recording, it finally draws to closure harking back to the lovely acoustic of Part 1.” – Rhythm & Booze

“Great musicianship, plenty of memorable tunes and the perfect soundtrack to a road trip, Last Light on the Highway is an impressive outing indeed.” – SonicAbuse 8.5/10

“This is one of the most enjoyable albums I have heard for some time.” – Get Ready to Rock 4.5/5

“This album is huge and will be forever a benchmark for other bands of this genre to aspire to. It really does have a magic about it that wiped away all my woes for 45 minutes.” – Jace Media