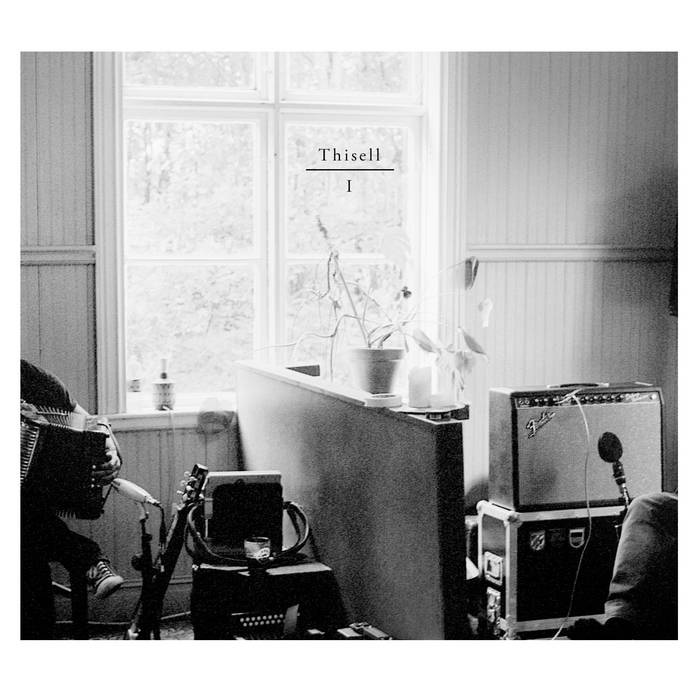 In the summer of 2010 Swedish songwriter and musician Peter Thisell assembled a group of musicians to record an album in the old village school of Lur in southern Sweden. A big red wooden building that was taken out of use as a school in the sixties functioned as a studio and home for the musicians, their friends, families and animals during a week in August.

The intention was to make an album recorded live, and to do so in close collaboration with the musicians. The studio was set up in the old classroom and sessions were made completely live.

In an array of cables, microphones, instruments, coffee cups and wine glasses work was hard but joyous. Letting everything take time and not pushing the songs forward but rather waiting on signs from them to follow.

Taking breaks for meals, swims in the lake nearby and games of coronne the album evolved slowly and gently. Letting the songs lead the way and playing them until you are in a trance-like state where you push yourself musically as well as emotionally until you have reached an intensity between the musicians so strong the only relevant comparation that comes to mind is making love.

Much has happened since the recordings. The members of the band scattered across Sweden after the recordings and it wasn´t until the summer of 2013 that they met up again, this time to record the follow-up to the debut album that lay before you.

One might think that things sometimes reach a standstill; nothing happens, nothing evolves, nothing changes. And although much of what happened in 2010 is still present much has also changed. People grow, dynamics change, relations deepen.

After playing and living together for another week this summer it is clear. We all fight our own battles; some of which we win, others are lost. When working together for a mutual goal you rise above yourself. In a process truly collective you keep your back straight, head high and heart wide open.
Even though the songs initially are written by Peter Thisell each musician contribute with their own melodies and rythms. There is no other way to describe Thisell but as a band.

We hope you will hear the love, honesty and hard work that went into these recordings. It was a week of our lives we shall never forget.

We hope the songs live with you for a while or maybe longer.