Cold and Bitter Tears (The Songs of Ted Hawkins) 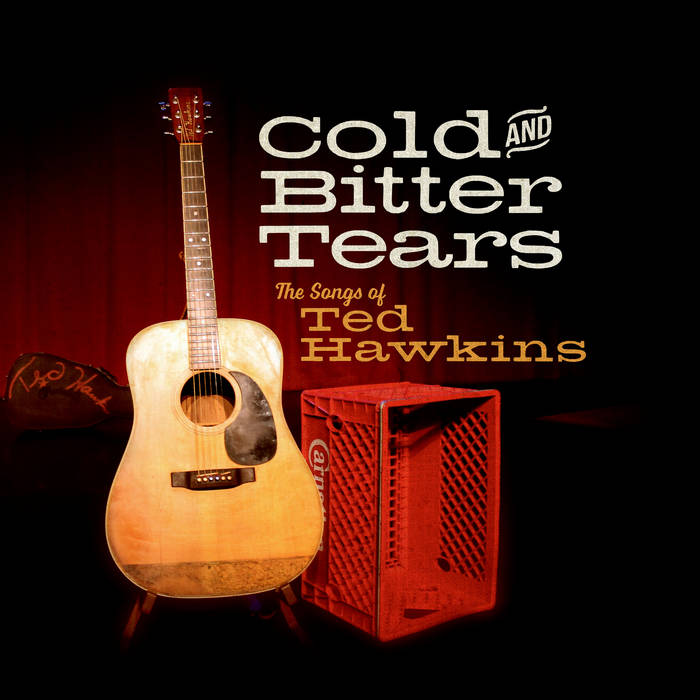 AUSTIN, Texas — Cold and Bitter Tears: The Song of Ted Hawkins, due October 23, 2015 on Austin-based Eight 30 Records, marks the first tribute album to the soulful Venice Beach street performer, a legend overseas later in his lifetime but a songwriter largely overlooked in the States. Hawkins simply sang like songs were stamped on his heart at birth. Evidence: High watermarks on the new record such as “Big Things” (James McMurtry), “Cold and Bitter Tears” (Kasey Chambers), “Sorry You’re Sick” (Mary Gauthier), “Who Got My Natural Comb” (Shinyribs) and several other classics. Hawkins himself backs the point with the album’s hidden track, the moving unreleased demo “Great New Year.”

The Mississippi native, who died January 1, 1995 after a hardscrabble life and brief autumnal rise in popularity, might be gone but he’s clearly not forgotten. Local Americana power trio including singer-songwriter Kevin Russell (Shinyribs, The Gourds), artist manager Jenni Finlay (James McMurtry) and writer Brian T. Atkinson (author of I’ll Be Here in the Morning: The Songwriting Legacy of Townes Van Zandt) have lovingly co-produced Cold and Bitter Tears over the past year with sessions mostly at Austin’s Wire Recording.

Russell has been particularly enthusiastic about the endeavor. “Ted Hawkins’ songs and his voice were infectiously uplifting to me upon first listen twenty years ago,” he says. “His unique style, both soulful and folkie, has haunted me and taught me — so much that I have been on a personal mission to tell the world about this national musical treasure. The opportunity to steward this tribute record is a ‘go tell it on the mountain’ moment for me that I hope can bring greater attention to the songs and recordings of Mr. Hawkins himself.”

Hawkins earned a following as a longtime busker on the Venice Beach boardwalk but his unpredictable lifestyle prevented widespread notice. He made minor critical waves with his debut Watch Your Step (1982), an album that failed commercially but earned a five-star review in Rolling Stone. Hawkins scarcely recorded between Watch Your Step and his major label debut The Next Hundred Years (1994).

Boardwalk passersby always noticed the singular singer belting his songs. They stopped cold. Listened. Amazed. “A lot of street musicians are really good, but there was something about him that was just pure presence,” says Jon Dee Graham, who witnessed Hawkins on the beachfront while recording in Los Angeles three decades ago. “Also, his songs aren’t like anybody else’s. He’s singing in this huge, soulful voice, ‘What do you want from the liquor store? Something sweet? Something sour?’ What? So wholly original.” Imagine blues and country and folk having no dividing lines.

He died at 58 years old the following New Year’s Day as his star finally threatened to rise. “At the time of his death, Hawkins remained the greatest singer you’ve never heard,” the Los Angeles Times obituary read. “Hawkins clearly was transported somewhere else as he sang, and when he became aware of the audience, he seemed dazed: [Everyone] applauding wildly, some in tears from the sheer, sad beauty of his songs.” “When somebody plays in a way you’ve never heard anybody else play, that’s singularity,” echoes Dave Marsh, the iconic author and rock critic. “You might be able to imitate it, but you couldn’t copy it. It would be like trying to sing like Ray Charles. You can’t do that.”