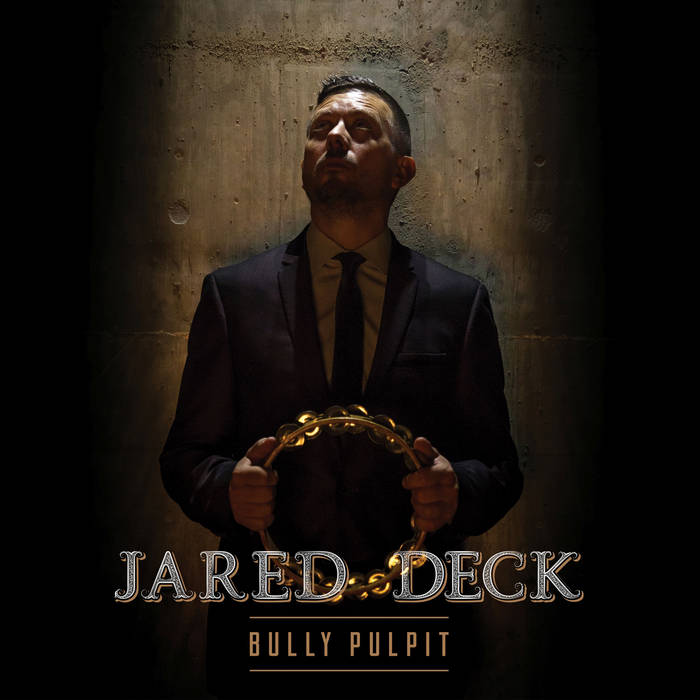 If you cannot find the album in your local record store:
smarturl.it/JaredDeck

Deck released his eponymous debut album in 2016 to critical acclaim from outlets such as Rolling Stone Country and American Songwriter. He won First Place in the Woody Guthrie Folk Festival Songwriting Contest for his song, The American Dream. However, with his follow-up record, he wanted to unmask further, include more of his influences, and open up his voice. From gospel shouts to country croons, Bully Pulpit showcases Deck’s road-ripened voice. “After the debut, I still had more to say – more stories to tell. Additionally, I’ve often compartmentalized my different musical influences; I kept the gospel at church and the country at the honky-tonk. With Bully Pulpit, I tore down those walls to expose a more ruthless honesty about myself, my experiences, and my reflections on the world around me.”
Jared returned to 115 Recording in Norman, OK to work with Grammy-nominated producer, Wes Sharon (John Fullbright, Parker Millsap, Turnpike Troubadors). “Wes has become a musical partner. We discuss how life affects what we create and share our favorite records with each other, simultaneously expanding our horizons and sharpening our connection.” For Bully Pulpit, Sharon convened such accomplished musicians as Turnpike Troubadours’ Gabe Pearson (drums) and Hank Early (pedal steel), along with Dan Walker (organ), who plays for Ann Wilson of Heart, and members of Deck’s backing band, The Travelers. Legendary fiddler, Byron Berline (Flying Burrito Brothers, Linda Ronstadt, Rolling Stones), adds his touch. The background vocals of Oklahoma treasures Chanda Graham and Myra Beasley add the final polish to this soulful album.