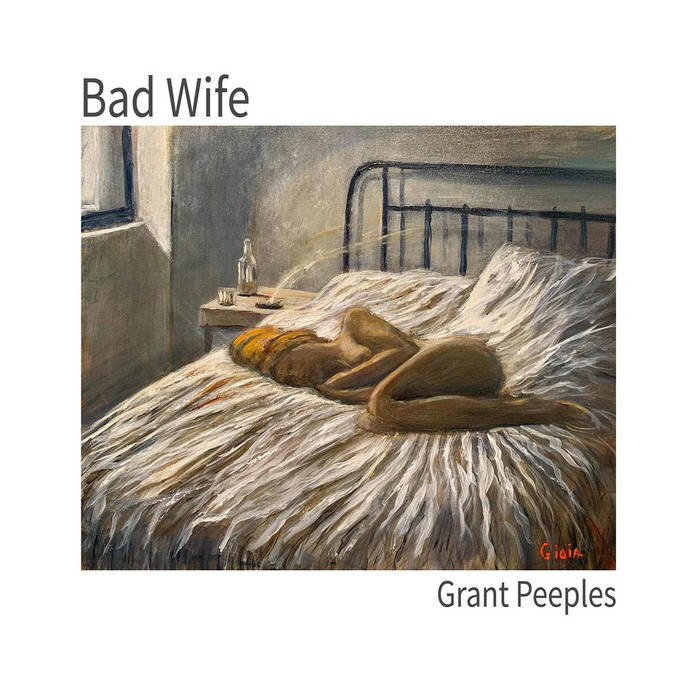 When Grant released his Settling Scores vol. II, in an interview, Peeples cited the social and political upheaval caused by the last presidential election, and responds with, "I feel like I was born for times like this...to make a record like this..." and now he wants to let you know “WHAT THE HELL THIS RECORD IS ABOUT: It is a personal collection of songs I've been gathering over the years. All were written by women I've worked with in one way or another during my tenure in this loopy damn enterprise known as 'the music biz." Each song was originally heard in a live setting, where it entered me, worked me over, and never left. As I began the project, I didn't go looking for songs; they had already found me. My learning and recording them was an exercise of re-discovery, a search for those original nerves they had struck. A woman has produced three of the records I have made. All my records have been studded with women players. But this one, by design, has none. This is all guys trying, as it were, to carry the mail. Nor did I rewrite any story lines or change any pronouns in order to square with my gender; i.e., first line of the first song is: "When the lights are off, I need a man to touch”
The record release marks the hundredth anniversary of American women wrestling their right to vote from a Constitution historically reluctant to issue or grant the very equality it so precisely extols. Therefore the record is a tip of the hat to the courage and fortitude behind the movement that overcame the historic prejudice and inequality that was set forth on this continent by our revered foreFATHERS. Even before the release of the record there has been some...blow-back...from some quarters about the title, "Bad Wife." Of course this has come without said persons having actually heard the song. I have no pretense of defense, or even an explanation, to anyone who hasn't heard it, other than to say that the very choice to use it (a title from a track on the record itself) was intended to jiggle the conventional equilibrium. I don't view this as poetic license, but rather as a kind of poetic obligation.