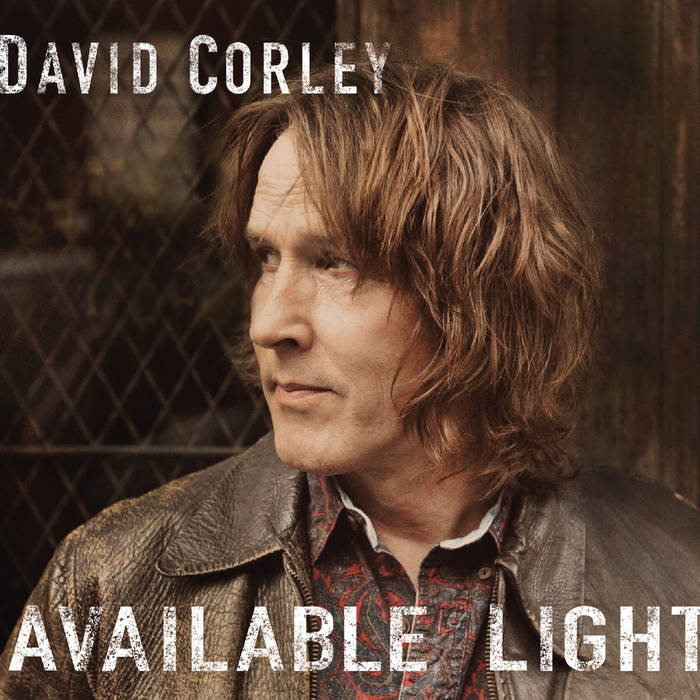 “David Corley has a rough baritone voice, one that makes you think of heartbreak, cigarettes and the low purr of a mountain lion.” Wei Huan-Chen, Journal Courier

“If there’s an album that’s a bigger surprise this year than David Corley’s “Available Light,” I haven’t heard it. At the ripe old age of 53, Corley has released a debut disc of ragged, atmospheric blues-rock that he most likely didn’t have in him when he was a younger man. We reap the benefits of Corley’s experience, and of the desperation apparent in his worn-through vocals….But there’s an underlying sense of hopeful resignation that comes through his weary croak and easygoing Americana piano and guitar, not to mention lyrics that have at times an almost Leonard Cohen-esque zen to them.” Pete Chianca, Wicked Local

Lafayette, Indiana - David Corley has been scribbling down notes, ideas, and tunes by hand for as long as he can remember, secretly creating an expansive body of work that has consumed and kept him out of the public eye for a span of decades until this very moment in time.

At the age of 53, Corley is ready to release his debut album, Available Light, produced by the acclaimed Canadian multi-instrumentalist Hugh Christopher Brown. Available Light, a collection of original indie rootsy-rock songs, encompasses the poetic landscapes of Corley's heart, as well as his life in rural Indiana and travels across the United States. From the opening notes and first words ("pink clouds") of "Available Light," Corley's rich raw baritone and imaginative lyrics ponder the immediacy of the passing of time as if he were on deadline to write:

"the book
well it's a movie now
'bout how i was busted up and laid-out
tried to grab this girl,
she was goin' way too fast around
didn't understand quite how she was wound
but you know we wound up tight
and i shot it all
with the available light
the available light"

A voracious reader, David's songs were also inspired by his vivid dreams and classic literature he's been entranced with over the years by the likes of James Joyce, Walt Whitman, William Blake and Rilke, among many others. On the atmospheric "Beyond the Fences" the evocative lyrics and music metaphorically address a place in which one gets immobilized, unable to take the leap into unknown or undiscovered country (the "middle scientific heads"). David says, "I was living in a one room apartment in a horse-barn in Indiana when I wrote 'Beyond the Fences,' and I used to climb the fence, and lay in a field with two or three horses wandering around, and stare at the stars." The narrator of "Easy Mistake" humanly and humorously grapples with any notion of "trying to do the right thing":

i hopped up into my truck
but i headed to the wrong bar
got way too f**ked-up
started wishin' on the wrong star
but the sky, man, it's so large....
that's just an easy mistake

And Corley's fiercely expressive voice soars to tell his "Dog Tales" wrestling with a character who has "crossed insane fields" while "Unspoken Thing" speaks to a time when Corley was living off the land in a log cabin in the mountains of Georgia for a number of years, exploring simplicity and silence.

Multi-instrumentalist and producer Hugh Christopher Brown raved: "To say I was arrested by David's voice is a mild way of saying it almost eclipsed the majesty of his writing. The two elements combine as well and fountain, and the source seems eternal. I am fascinated by David's art; his language is as open as his phrasing. As mysterious as it sometimes gets, it's the farthest thing from arbitrary there is."