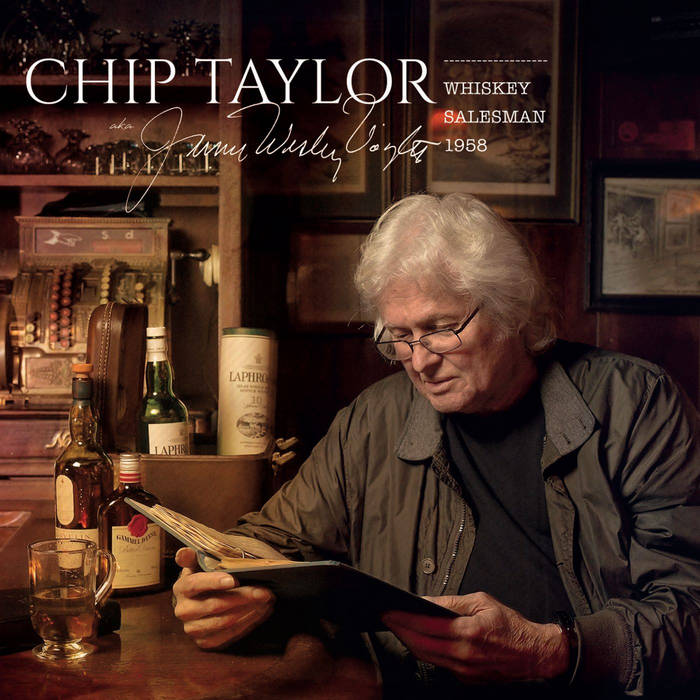 2016 Songwriters Hall of Fame inductee Chip Taylor has been writing and performing for nearly 60 years and shows no sign of slowing down. The New York Times says it best, “If you only know him as the as the guy who wrote ‘Wild Thing’ and ‘Angel of the Morning” — you don’t know him! Chip Taylor is making some of the most distinctive acoustic music around today.” With his release of Whiskey Salesman, his 40th, Taylor continues to come up with timeless, thought-provoking music.
"Chip Taylor could've rested on his laurels years ago and still been way ahead of everybody else today. Lucky for us he didn't and he's making some of the most relevant music out there," said Buddy Miller just last year. Since returning to music in 1996 he has enjoyed elder statesman stature within the Americana, contemporary folk and singer-songwriter scenes as an artist in his own right as well as in collaboration on albums and in performance with John Prine, Carrie Rodriguez, Kendel Carson and John Platania. In a remarkable and prolific run, Taylor has released nearly an album a year since his return, each rising high on the Americana chart.
As England’s The Guardian notes, “Chip Taylor, like Johnny Cash, is well worth rediscovering by a new generation.”
The bonus DVD contains videos for all 11 tracks.