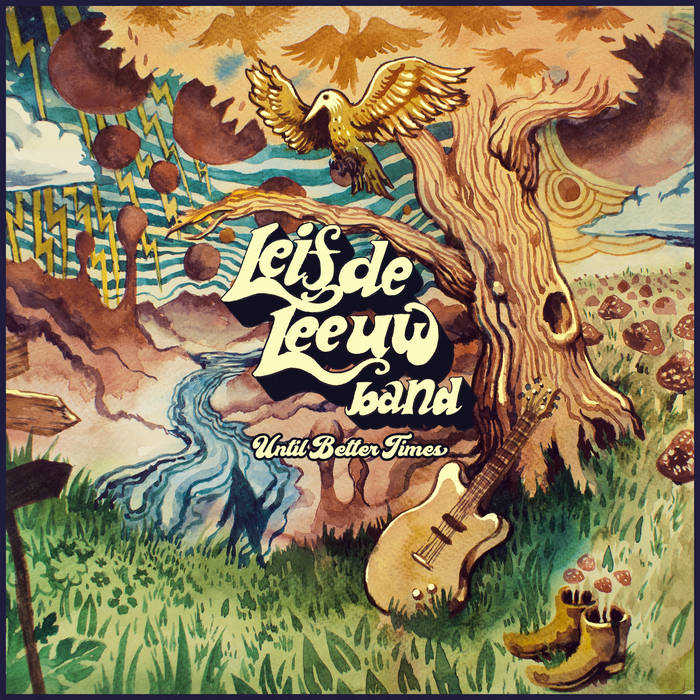 With their new album “Until Better Times” the Leif de Leeuw Band presents a fresh sound with lots of influences from the seventies. After the success of their full length debut “Leelah” (2016) the band returns with a sizzling sophomore album. The single “Until Better Times” was released as an appetizer for the album in April. The fans loved it and the song has already been streamed well over 20.000 times.
The band worked two weeks in July 2017 with producer Jasper Ras, to come up with a sound that hints to Allman Brothers, Led Zeppelin or Blackberry Smoke and Henrik Freischlader. Think driving percussion, intense twin guitar leads, swinging blues riffs, pumping Hammond (and other organ sounds by guest Willem ‘t Hart).

The band will present “Until Better Times” this fall, with a premiere release party on October 22 2017 in Willem II (Den Bosch) where the band will be joined by a couple of special guests.