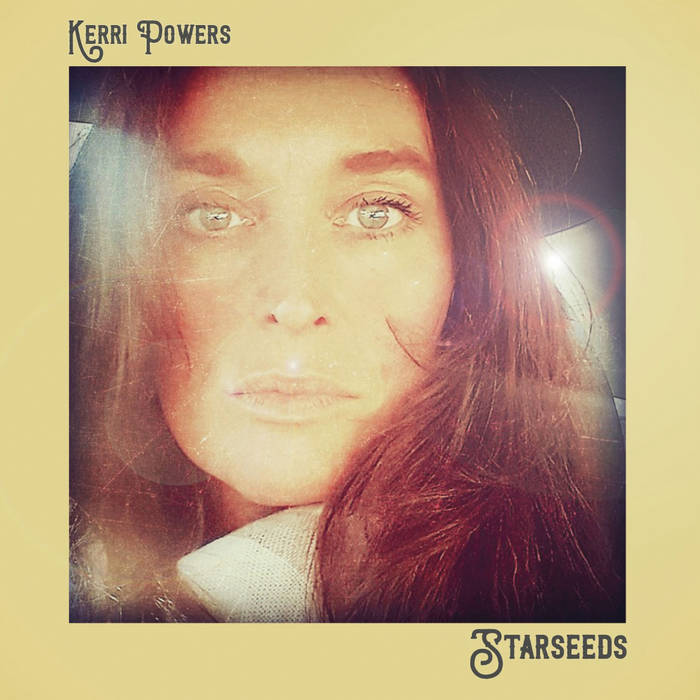 
“I don’t know where this young lady came from but it’s got to be a secret place. This is not the kind of singing and performing that can be easily taught. It has to be in your spirit, in your blood and the fact that she is from the Northeast is going to confound the artists down South, in the Delta, in Memphis, Clarksdale, Austin, and Nashville.” John Apice/No Depression
Produced by Eric Michael Lichter at Dirt Floor Studios in East Haddam Connecticut, Kerri Powers new album Starseeds boasts eight new original compositions and two choice covers -- a moving take on Blind Faith’s restive anthem “Can’t Find My Way Home” and “Polly,” a lovely song of wistful reflection written by the late Gene Clark. Powers makes it consistently clear that she’s adept at expressing sentiments that ring and resonate with common appeal. Also other songs make their points with equal measures of subtlety and finesse. Much like countess Godiva in one of the songs, Powers has taken an unconventional approach to her music career and the hurdles that inevitably come with it.
In her teens Powers began performing in local coffeehouses throughout New England. But when she fell in love, got married and had a child, she put her pursuits aside. Later, after raising her son and overcoming the hardship of a difficult divorce she rediscovered her passion and returned to making music. “I lost confidence and questioned everything about my ability as an artist for a long time. I wasn’t sure I would ever get back to performing. But I did continue to write. Writing the songs was what ultimately gave me the incentive to keep going. I wasn’t exactly sure what the driving force behind writing those songs was, but it kept me going. Music and art have always been a healing force in my life. I think most of us could say it has an incredible impact on us both personally and on a universal level Over the years she has appeared at numerous prestigious venues and musical gatherings including the Boston Folk Festival, the Philadelphia Folk Festival and the Telluride Bluegrass Festival. She has toured throughout the United States as well as overseas, making appearances in the Netherlands, Belgium, and the U.K.
Powers has come a long way since the days when she was admittedly hesitant about returning to music, but energy and persistence conquer all things.