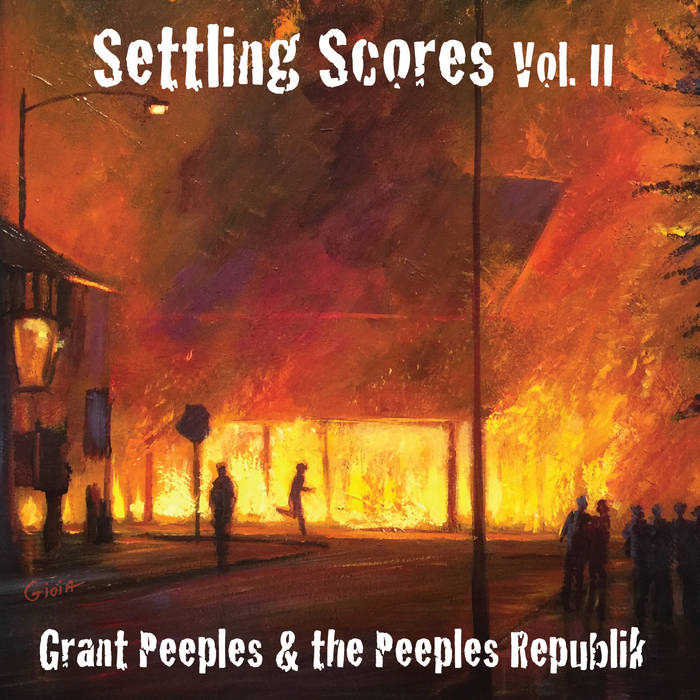 A self-described “tree-hugger that watches NASCAR, and Buddhist with a gun below the seat,” Grant Peeples is known for his axe-sharp socio-political tunes, raucous humor and heart-gigging ballads.

In 2014 he was the recipient of the Focus Foundation Award for Creative Excellence, which cited the “humor, compassion and wisdom of his songs,” as well as their "unflinching social insight and cultural acuity.” He was a 2016 Finalist in the prestigious New Folk Songwriters Showcase, sponsored by Kerrville Folk Festival.

Grant spent over a decade living on a small island off the Miskito Coast of Nicaragua. During his US absence (1995-2006), while our country was surging ahead into lifestyle changes bordering on futuristic, Grant was installing the island’s first flushing toilet, digging his own well, and rescuing sea turtles on Little Corn Island. He returned in 2006 to a homeland going through economic, social, and political upheaval. Much of his writing is in response to what he found on his return.


In an interview, Peeples cites the social and political upheaval caused by the last presidential election, and responds with, "I feel like I was born for times like this...to make a record like this..."

There are songs inspired by the current political climate (Pitchforks and Torches, It Could Be a Long Night, More for Us-Less for Them). There is a love song that could be the basis and theme for an indie art film (Liliana), a cover of Steve Earle's poignant 'Goodbye', and a rewrite of a 13-minute Bob Dylan tune (The New Brownsville Girl).

As is his way, Grant's earthy vocals vibrate between ominous foreboding, poetic longing and acerbic satire. Settling Scores Vol. II is his tenth release since 2008, and previews from those who know his catalog call this record his most accessible yet.