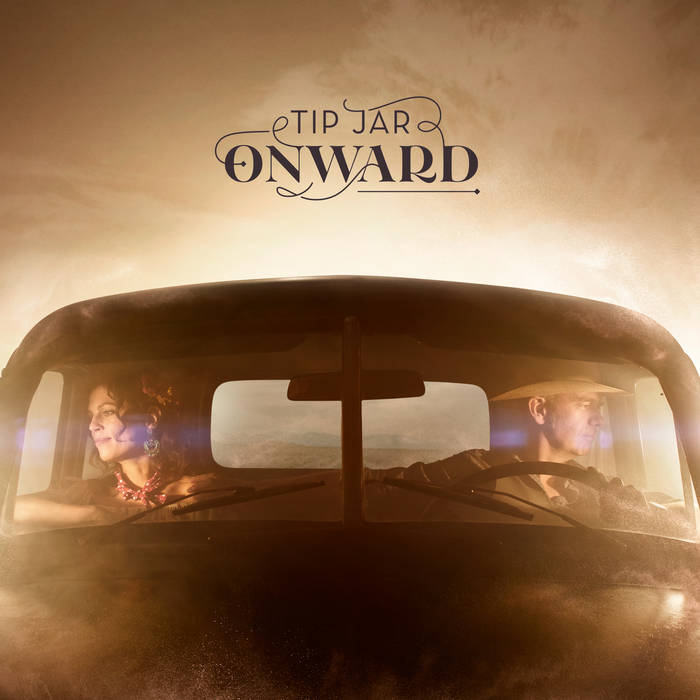 Onward is the fourth album of Tip Jar, the band of Bart de Win and Arianne Knegt, involving their various musical friends from all over the world. Tip Jar’s warm and catchy sounding hippie pop & country is greatly inspired by their tours through the Texas Hill Country. The new album Onward was (just like the previous one Gemstone Road) recorded in Austin, Texas and produced by Walt Wilkins, a true song craftsman who for example also produced Sam Baker’s first two albums.

Tip Jar feels very much at ease in the cradle of American roots music. The USA-Netherlands connection is vividly present on all of their albums, both in the choice of the musicians they work with and the overall americana atmosphere. Tip Jar operates in the americana genre, on the hippie side of country, with influences of pop and jazz. Again they have made an intense, warm and sparkling album of eclectic americana songs, often leaning on acoustic instruments and vocal harmonies. And they will keep on going, exploring their trail, or, as Bart and Arianne state it: “Struggling against the tides we keep on believing, loving and creating. There is always a new freight train around the bend. And it will keep on rolling. Onward. Always.”

Oor: “Probably the best americana band in, at least, the Netherlands.”
Heaven Magazine: “They’re on the verge of an international breakthrough”
Lust for Life: “Very tasteful compositions. Their voices blend in beautifully together, which gives the songs an extra dimension.”
Musicmaker: “Excellent harmony singing. A top class album”
Eindhovens Dagblad: “In their songs melancholy, hope and lust for life come together.”