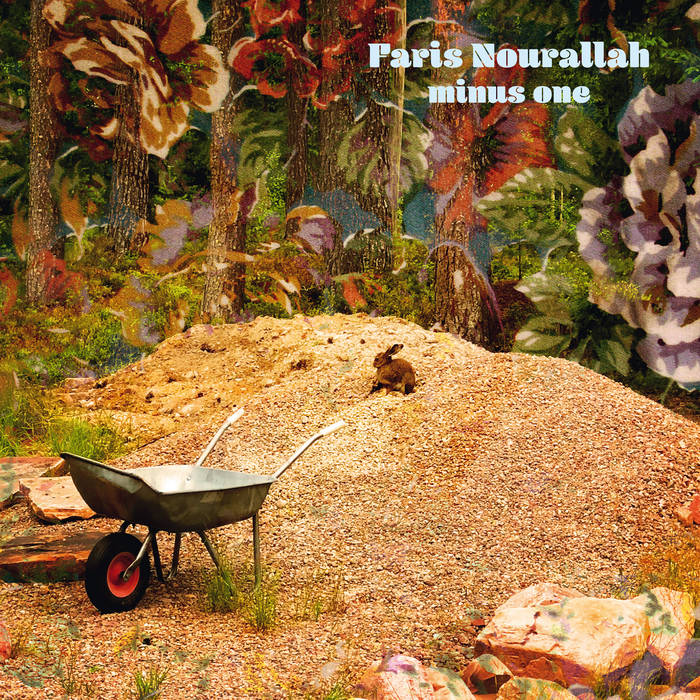 ” Spontaneous, joyous, filled with imperfections and mistakes. Played once and never to be played again. Perfect little moments captured instantly with sound as the canvas. One microphone, me, and a room with a 16 track recorder.” /Faris Nourallah, 2019

Born out of Michigan in the winter of 1969, Faris Nourallah moved with his family to Texas , the Lone Star State. He grew up listening the likes of Clash, Beatles and Elvis Costello. After playing in bands he only started writing songs in 1999 and built his own studio in Groveland, Dallas. All his albums are played, recorded and mixed all by himself. Using a Yamaha aw 4416.
Eight years after the last release, here is the 9th solo album. ”Minus One” contains 14 (of 30) unreleased songs. The remaining songs are planned to be released in the future. These songs, sent by e-mail (2004–2005) to the founder of Ruth Records have been preserved in a “basement”, waiting to be revealed.
Faris’ first solo album ”I Love Faris” was released in 2003 on the indie USA label Western Vinyl. Critics were immediately hit by his ability to create spontaneous songs of disarming beauty. The stone was thrown in the open water and the ripples started to spread.
With the sophomore ”Problematico” and his third album, ”King Of Sweden”, Faris’ name also landed strongly in Europe, where his music became sort of a must for the indie lovers. Faris was named one of the smartest songwriters around, being compared to the likes of Ray Davis or John Lennon.
The ripples started looking like waves, more and more fans were enchanted by Faris’ “musical moments” that are not intended to be ever played again. So, how can one possibly reach the status he now enjoys without ever playing in public?
Find out for yourself now, dig yourself into “Minus One”.