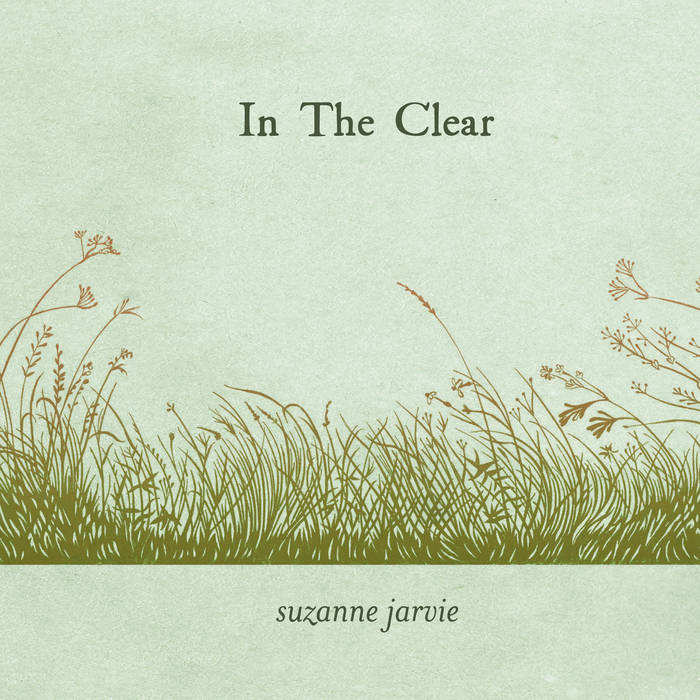 Toronto singer-songwriter Suzanne Jarvie's follow up to her acclaimed debut album‎ Spiral Road, is another powerful collection of deeply personal songs melding Americana, folk, rock, bluegrass, and traditional country.
In the Clear picks up where Spiral Road left off – delving deeper into the aftermath of her son’s brain injury – and going beyond it. The tunes tunnel into feelings and impressions that are becoming the essence of Suzanne’s artistry, luminous rabbit holes that merge mystical lyrics with intense reflections on life’s ups and downs that fans of Joni Mitchell, Bob Dylan or Lucinda Williams would appreciate. Producer Hugh Christopher Brown keeps the music steeped in mostly acoustic sound, and the mix of dobro, mandolin, guitar, violin and bass, welcomes Suzanne’s clear and haunting voice.
Both In the Clear and Spiral Road are poetic and imaginative journeys that anyone who has dealt with a family tragedy can relate to. Suzanne said: “The album is another reverie – where the songs reflect broadly upon motherhood, death, intense dreams of freedom and longing for peace and spirituality.