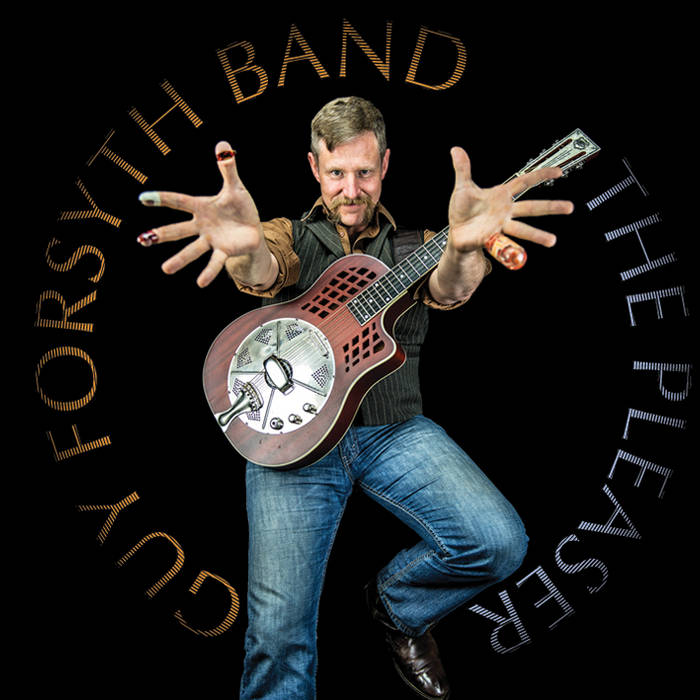 Guy Forsyth grew up in Kansas City, Missouri, where he became a street-smart entertainer, who worked, among other things, as a comic stuntman at renaissance faires. In order to develop more as a musician he moved in January 1990 to Austin, Texas. Here he soon had his own band, and he found work in bars - like Joe's Generic Bar, that didn’t pay him but would let him play for tips. It was in this bar, in the spring of 1993, that his performance was seen by Sjef Willemen, a.k.a. Doc O-Zone, who was so overwhelmed with it, that at that spot, he decided to start a record company, Lizard Discs.
A few months later, on June 18, 1993, the performance of the Guy Forsyth Band was recorded at Metropool in Hengelo, the Netherlands. This was a legendary show that lasted till 5:00 a.m., an exhausting event for both band and audience, but what a great show! This resulted a year later in the release of the 1st CD of Guy and Lizard Discs: "High Temperature". This was followed by a European tour, with highly successful performances at the Blues Festival in Peer, Belgium and in Notodden, Norway, later followed by the Bluesrock Festival in Tegelen, the Netherlands.

In December 2013 a new blues CD was recorded in Austin, Texas, by Andre Zweers and Stuart Sullivan from Wire Recording. This has become a wonderful, varied CD, called "The Pleaser " which will be released along with "Red Dress" the “High Temperature”companion disc.. Both are co-productions of Small and Nimble Records and Lizard Discs.