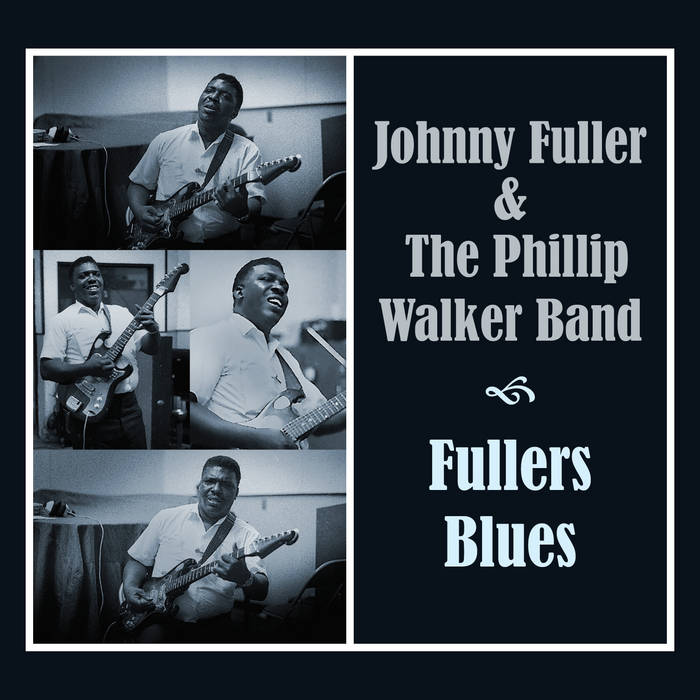 Johnny Fuller was a West Coast blues singer and guitarist. Fuller showed musical diversity, performing in several musical genres including rhythm and blues, gospel and rock and roll. His distinctive singing and guitar playing appeared on a number of 1950s San Francisco Bay Area recordings. His best known recording, "Haunted House", was later covered with some success by Jumpin' Gene Simmons. His other better known tracks were "Crying Won't Make Me Stay", "All Night Long", "You Got Me Whistling" and "Johnny Ace's Last Letter." Fuller was born in Edwards, Mississippi on April 20, 1929. He relocated with his family in 1945 to Vallejo, California. His musical styling often masked his upbringing in the Deep South, but he spent the majority of his life in the San Francisco Bay Area. As such, he is usually classified as a West Coast bluesman, although he did not stick with one particular genre. Fuller recorded for a number of independent record labels, sometimes those associated with Bob Geddins. These included Heritage, Hollywood, Flair, Specialty, Aladdin, Imperial and Checker Records. His debut recording was made in 1948 on the obscure Jaxyson record label, with a couple of gospel based songs. In 1954, he began a regular recording career which lasted until 1962. Fuller recorded twenty sides in 1954 alone for Geddins. Fuller had local hits with his singles "All Night Long" and the original version of "Haunted House," the latter of which was written and produced by Geddins. Fuller's ability to switch styles, saw him appear in late 1950s rock and roll package tours, performing on the same bill as Paul Anka and Frankie Avalon. However, this same factor lost his black audience, which left him neglected in the 1960s blues revival. In 1974, Fuller recorded his debut album, Fullers Blues in Hollywood for the small Australian label Bluesmaker. On most of the tracks he is accompanied by the Phillip Walker Band. The record was well received, but saw little commercial success. The album was re-issued in Holland on Diving Duck in 1988 and now comes available on CD for the first time. Fuller played at the San Francisco Blues Festival in 1973 and 1977. In the years that followed he could not live from making music anymore and he mainly worked as a mechanic in a local garage until his death from lung cancer in Oakland, California, on May 20 1985, at the age of 56.