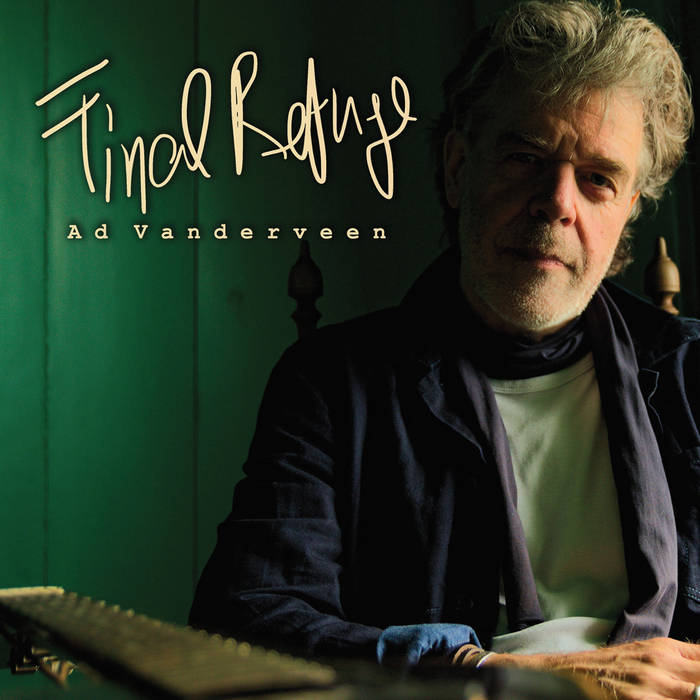 It's new, yet nothing new; more of the same, yet different; it's trusted like a good friendship that is gaining in depth and quality over time, yet is often taken for granted.This much could be said about the work of songwriter and singer Ad Vanderveen and his new offering 'Final Refuge'.

While his music is often compared to greats like Neil Young, Bob Dylan or Townes Van Zandt, Ad Vanderveen could well be considered one of the most obscure and reluctant superstars the world has never seen. Despite the size of - and high critical acclaim for - his artistic output both on records and in live performances he has maintained a low profile and, in his own words calls; ‘the inner eye a greater priority than the public eye’.

In Final Refuge's lyrical content, spiritual and mystical themes alternate with more mundane affairs, covering subject matter that most serious and grown up music lovers could relate to like reflections on transience, love and faith, as well as more personal inquisition, self-knowledge and worldly philosophy.

The recording sessions took place in an intimate and interactive living room setting, with an acoustic combo or with just acoustic guitar. The performances have the inspired, in the moment and heartfelt immediacy that we’ve come to expect from Ad. “This is chamber music, made on the spot where most songs took shape and where they sound best”, he explains.
Acoustic instruments like guitar, piano, banjo, hang drum, percussion and upright bass weave through the minimal chord structures that support the poetry always central to Vanderveen's work.
Final Refuge is scheduled for release by Continental Rose, a joint-venture between CRS Records and Blue Rose Records, on november 8 2019.

“Ad Vanderveen sings simple songs. Songs about love, longing, wandering and coming home.
He performs these songs with their familiar images in an unpretentious, matter of fact manner.
His voice is a good one and his guitar playing is direct and honest. But we’ve all heard hotter licks and more acrobatic vocals. So, what makes these songs so unique and these performances so powerful?
We tend to associate depth with complexity when, in fact, it is only the simple things that have depth. The truth needs telling just once while a lie needs to be repeated and embellished upon over and over again.
You only have to hear Ad sing a song once to tap into its meaning and the feeling will grow stronger and deeper with more listenings. His music has an honesty and humility that is remarkable.
In Latin, Ad means toward. There is a feeling of moving toward something in Ad Vanderveen’s music. Something deep. Something powerful”. (David Olney)