Christmas from Amsterdam to Oklahoma 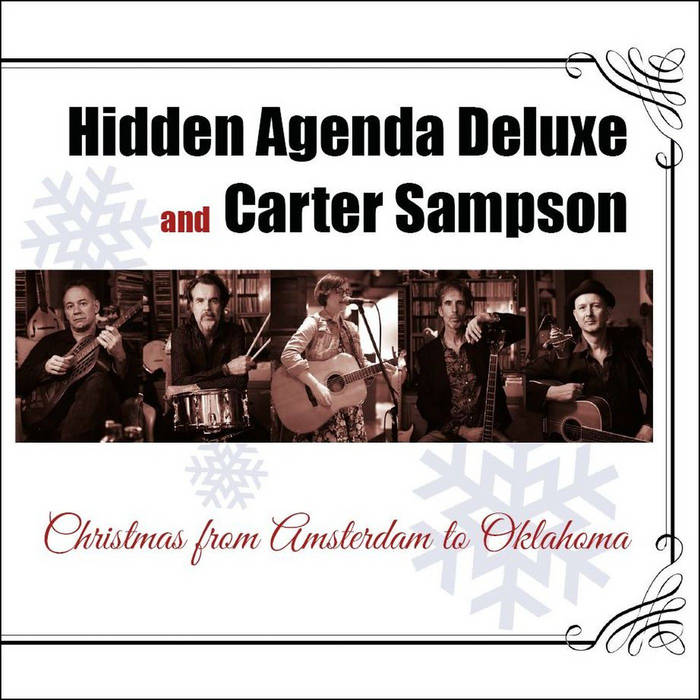 Carter Sampson is on a roll in Europe. Ever since the release of her 2016 album Wilder Side, the Queen of Oklahoma-as she is now also lovingly referred to by colleagues and fans alike- has been in high demand to appear on European stages. Within a couple of months after her album hit the Euro Americana Charts (to stay there for unprecedented 5 consecutive months) she had done solo-, duo- and band performances at festivals in Holland, England and Italy and in prestigious venues like the Amsterdam Paradiso.

For her impromptu Italian tour which was set up kind of last minute as a result of the enthusiasm of the Italian label’s representative, Carter teamed up with renowned Dutch roots collective Hidden Agenda Deluxe who were just receiving loads of high praise for their debut album Pan Alley Fever. Their originals were compared to the best work of the Allmans, Little Feat, The Byrds and other 70’s “americana” bands. And they proved to be an excellent fit for Carter’s voice and her country drenched songs.
The collaboration worked so well that the plans were made for not just a joint tour in December 2016, but also for an album with Christmas songs and songs with a distinct Christmas spirit.

So here we are: 3 brand new originals by BJ, Eric and Carter and a great selection of songs best known from Steve Earl, Elvis, Jesse Winchester, Chris Rea, Dolly Parton or Bob Dylan. And sure: Xmas is all around but it really is just a great album: great listening in ALL seasons.