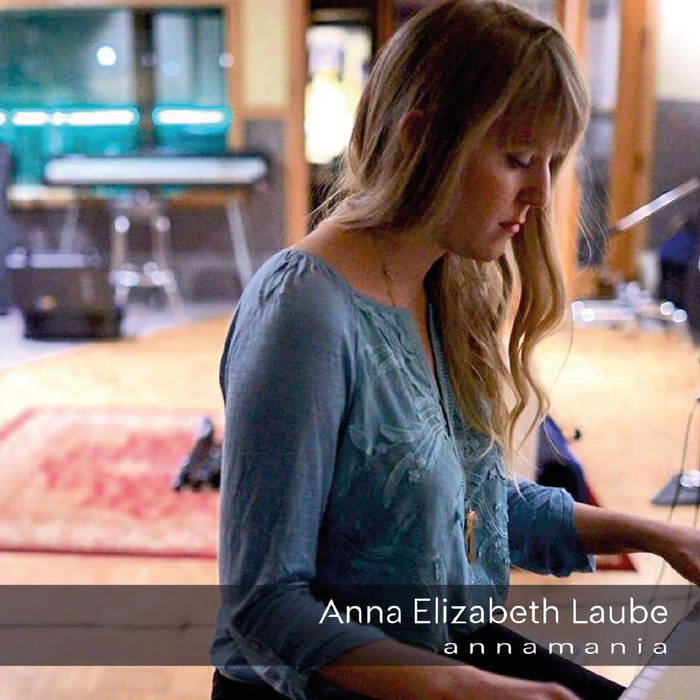 Anna Elizabeth Laube is a songwriter, multi-instrumentalist, producer, and engineer. Beginning her career in tech in San Francisco, she soon left that world to follow her dream of pursuing a career in music. So far it is working out: No Depression reported, "As with all of the best singer-songwriters, Ms. Laube can tell a magnificent story with the subtlety of the finest poets...worthy of Joni Mitchell circa Blue." Her new retrospective album, Annamania, was released in January 2021. Annamania is a hand-picked collection of songs from her previous four studio albums: Outta My Head (2006), Pool All The Love * Pool All The Knowledge (2009), Anna Laube (2015, released shortly before she started using her full name), and Tree (2016). Additionally, it includes a new, previously unreleased song, “Jardim da Estrela,” inspired by her time in Lisbon, Portugal, in2019 and 2020, and several other songs never before released on physical: “Time To Move On”(a Tom Petty Cover), and “I’m Gone” (an original recently featured in Netflix’s show “Locke &Key”). Inherently nomadic, Laube (pronounced "Lau" like "now" and "be" like "to be or not to be") spent years driving around the USA, selling albums out of her trunk and performing at any venue that would have her, from wine bars in California to cafes in Texas to universities in Iowa, to festivals such as SXSW, The Monterey Blues Festival, Folk Alliance International, and the Woodsongs Old Time Radio Hour. She’s also toured internationally, from Berlin to Melbourne to Utrecht and at the AmericanaFest UK as part of the songwriting critique for an array of admired judges, including Mary Gautier. “It was an honor to play for her!” Laube said .Most recently, Laube has spent time in Seattle, WA and Lisbon, Portugal. “I discovered a really vibrant and welcoming international community that has developed due to people’s ability to work remotely, supported by co-working and co-living spaces, as well as an abundance of community events. It’s a really amazing thing. I’m assuming that after covid, this community will grow even more as companies realize that their workers are happier and it’s cheaper to let people work from where they want to live and travel, and more people are able to work for themselves online. I hope to get back to Lisbon very soon.”During covid, Laube is back in Wisconsin, which has made for an unexpected yet sweet time to spend with family, as well as lots of down time for writing, production, and practicing. She does almost all of her work from her mobile studio, hiring other musicians and mixers to work out of their home studios as well. As such, Laube is a one-woman show, running her label’s businessside as well as producing, engineering, and writing her releases. NPR described the resulting sound as "Intimate, heartfelt songs rooted in traditional Americana." Her expressive and versatile voice and understated rootsy production are the constants in a collection that changes shades from fingerpicking songwriter to hard-hitting blues to folky covers. Laube’s songs have been featured on NPR, BBC Radio, Netflix, Spotify curated playlists, Deezer curated playlists, Pandora curated playlists, and XM/Sirius Satellite Radio. She has amassed over 20 millionstreams on Spotify and songs have been used in film, TV, and ads.